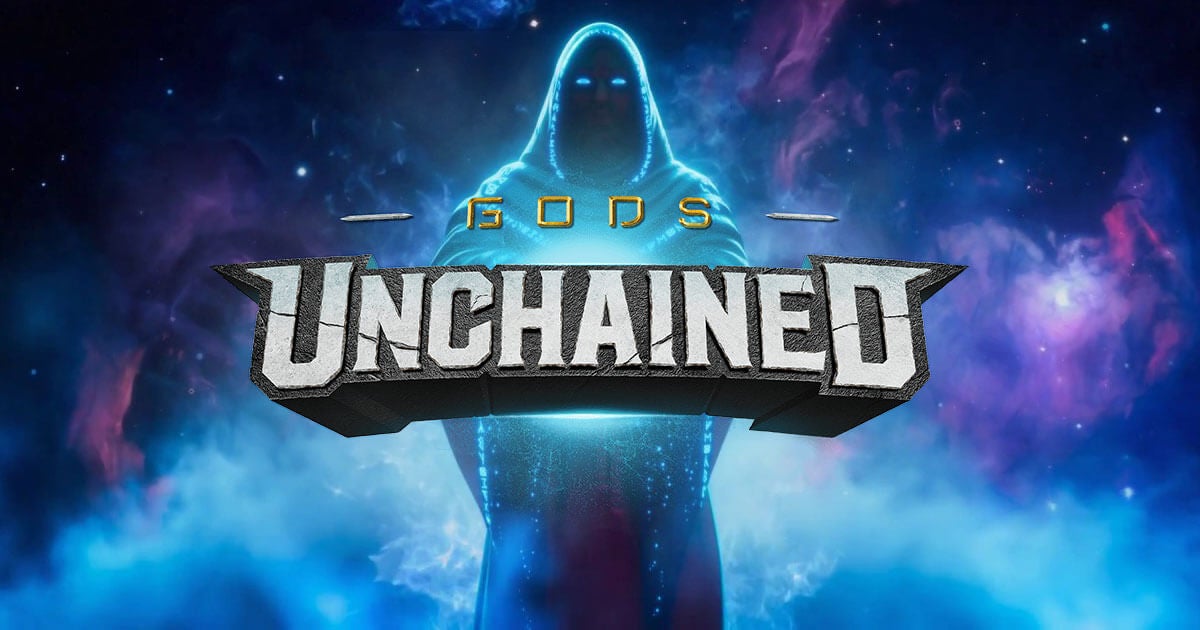 Gods Unchained (GU) is an emerging and highly popular Trading Card Game (TCG) on the Ethereum blockchain. It is all but certain to be a huge disruptor of the digital trading card game space.

This article will touch on the history of physical and digital TCGs, explain why GU is different, and highlight the core gameplay loop. It will also discuss the exciting and profitable new Play to Earn system released recently.

Here are the list of topics that will be covered. Click a link to jump to that section:

The Days of Physical Cards

Physical trading card games were one of the first appreciating assets in the gaming community. Magic The Gathering (MTG) was the first, releasing their cards in blind boxed booster packs and discontinuing old sets with regularity. Powerful cards that could no longer be purchased in boosters quickly appreciated in value.. Cards like Black Lotus are known throughout gaming and non gaming communities, with one of these cards fetching almost $150k at a recent  auction. The Pokemon CCG, YuGiOh, and a few other contenders kept the space right and interesting for years.

As digital technology replaced physical games people found their laptops and cell phones were taking up space previously allocated for their trading cards.

To combat this, Wizards of the Coast launched  Magic the Gathering Online (MTGO) on PC way back in 2002. This was met with great enthusiasm. MTGO is probably still the best implementation of tradable assets before the Satoshi Whitepaper describing blockchain. It has a mature marketplace within the client where cards can be traded in batches along with “Event Tickets”. These tickets could be bought with real money but not sold back to MTGO. Instead they were burned when a player entered a tournament, draft, or other event. Whole digital sets with one of each card could be redeemed for a complete set of physical cards. Though this feature was rarely used it helped people place real value on these digital items.

Wizards of the Coast was afraid of being sued so they built a system where it was easy for them to gain money but impossible to pay people out. Instead paid tournaments were rewarded with more event tickets and sometimes booster packs. These tactics all helped keep the developers insulated from the regulation and scrutiny that a cash marketplace would have been subjected to.

Hearthstone is a great example of the other kind of TCG that has gained popularity. Hearthstone players cannot trade cards at all with each other. Instead there is a loot box styled booster pack system where people can use in game gold and real money to buy packs. Excess or unneeded cards can be burned for mana which can be used to create any card in the game (at a very steep exchange rate). This way a player with lots of money can quickly have the deck whey want.

This style of game has replaced community building, trading, and secondary economies with a walled garden full of individual grinders. People leaving the game forfeit  hundreds, usually thousands of dollars in cards stuck forever in their online accounts. Hearthstone bans the sale of whole accounts so even if you wanted to, you couldn’t sell it.

Immutable has taken a hugely different approach with Gods Unchained. GU cards are ERC-721 Tokens living on the Ethereum blockchain. This allows them to be traded outside of the game and without explicit permission from the developers. For more information on Ethereum and NFTs check out the links at the end of this article.

This tokenization is a natural match for TCGs as it makes players comfortable with the idea of spending their money on cards. Buying booster packs in Hearthstone is ultimately meaningless, but with GU there are tangible tradable assets to claim. Worse, if either company goes out of business all those assets are lost forever.

The wave of bans from Hearthstone that happened in the wake of the Hong Kong protests scared many Hearthstone players off of buying more booster packs. The bans reminded people that even top tier players with huge investments in the game could lose everything with the push of a button by Blizzard. Immutable took advantage of this by offering some of the banned players money to compensate for the winnings Blizzard confiscated. This PR boom really helped put GU on the map.

GU raised a multi-million dollar funding round which it used to build out the core game, the first core set of cards, and to design and implement their first expansion set, the Genesis block. These cards have retained their value well and are expected to continue to appreciate as Genesis cards will be legal for use in all future games (while other sets might be rotated out of play).

GU cards are split up into the Core set and expansions like Genesis. Core cards are earned through playing matches. You gain experience even from a lost match, and each level up comes with one or more core booster packs.

Between weekend ranked matches with great prizes, huge tournaments planned, and the evolving metagame GU players have been kept busy till now. But we have all been anxiously awaiting the launch of the next huge piece of the GU infrastructure, Play-To-Earn.

Play to Earn is Here

All Genesis cards are tokenized and tradable. Core cards though are not tradable and do not exist on the blockchain. This has made it difficult for people to build complete decks as they have to rely on random booster pack rewards at level up. As of this week, this all changes with the launch of the Fusion system and the Forge.

With the Fusion system players will be able to turn core cards into tradable tokens. Players who collect multiple copies of the same card can “Fuse” them into a ERC-721 card that will be sent to their wallet. Many of these cards are in high demand so people grinding core cards can expect to make a nice profit selling them on to those looking to complete decks for ranked matches.

Fusion requires multiple copies of the card you intend to tokenize, as well as Flux. Flux is gained from winning battles. This helps to prevent botting as a bot might collect a lot of core cards from losing matches but it will never be able to fuse them without winning a bunch. Each round is 24 hours and in that round you can earn flux for one win with each god. This encourages players not to focus on a single god which is also a nice touch.

Already There have been tweets from people who sold fused core cards for $65USD+. It will be very interesting to see how the Fusion system will change the metagame and the secondary market economy.

Compared to the steady but slow grind of play to earn in Axie Infinity PTE in GU is much more random. This is probably appealing to many people as infrequent large payoffs (Getting that duplicate of a legendary core card you want to sell) can be more exciting than a guaranteed $0.10 per win.

Best of all for play-to-earn fans is that there is a free starter deck available for each God. These decks can be used to earn booster packs. Some of the decks are surprisingly strong and all are capable of holding their own right into the top tier. This makes the early grind of getting your own cards so much more enjoyable.

Given that play to earn is brand new there has never been a better day to try out Gods Unchained. You can register and download the game Here.

It wouldn’t be possible to earn playing GU if the game weren’t fun enough to draw in players looking to buy. To that end the rest of this article will focus on gameplay.

GU feels like a hybrid of Hearthstone and Magic the Gathering. Players pilot one of 6 gods — LIght, Nature, Death, Deception, Magic, and War. Each has cards specific to that god as well as sharing in the pool of uncolored cards. Decks are 30 cards which is a very manageable size.

Each turn involves drawing a card then playing as many cards as you want based on the mana you have. Cards can be creatures, relics, spells, or weapons. players battle it out and the game ends when one god takes enough damage to reduce their health to 0.

GU players also have access to a God power. This is similar to hero abilities in Hearthstone but more diverse. Each god has 4 powers to choose from, and you chose at the beginning of each match after you have seen which god your opponent is using. This adds great depth to the very start of the game.

There is a mana system where each player unlocks an additional slot each turn, but at the higher turns it can take 2 or 3 slots to increase max mana by 1. In this way the later game is more controlled than Hearthstone, which tends to explode after turn 6 or 7. Unlike MTG mana in GU is uncolored, which makes sense as you can’t combine cards from more than one GU god.

GU uses a frontline/backline system to determine which cards can attack each other. If there is only a standard card on the battlefield you can choose to attack that card or your opponents god directly. Cards with backline can’t be attacked until they are the only ones on the battlefield. Frontline cards have to be taken out before any other cards or your opponent’s God can be targeted.

Where to Buy GU Cards?

If you are looking to purchase some Genesis cards or Core cards now that fusing is live, you have three options. I will cover all 3 along with some of the benefits and drawbacks of each.

OpenSea is the most popular marketplace for all types of NFTs so you will have a really good selection here and the potential for some deals. Some users just prefer to stick to OS since its what they know from other games and dapps. OS also has the option to sell cards as an auction, which some people prefer.

Token Trove is a very popular choice in the GU community for buying and selling due to the speed of the site. If users are not in the GU discord then they might not be aware that this site exists.

There is a marketplace inside of the GU game. It’s probably the least used of the three since its kind of clunky to use and the search/sorting isnt very good.

Which should I use?

Sellers are able to list their cards on all three platforms at the same time so I would suggest checking prices on OpenSea and TokenTrove at the very least. Compare and purchase the best deal for the cards that you’re looking for.

Stay up to date with everything NFT gaming related. Listen to LootCast with Flow & BA on your favorite podcast app! 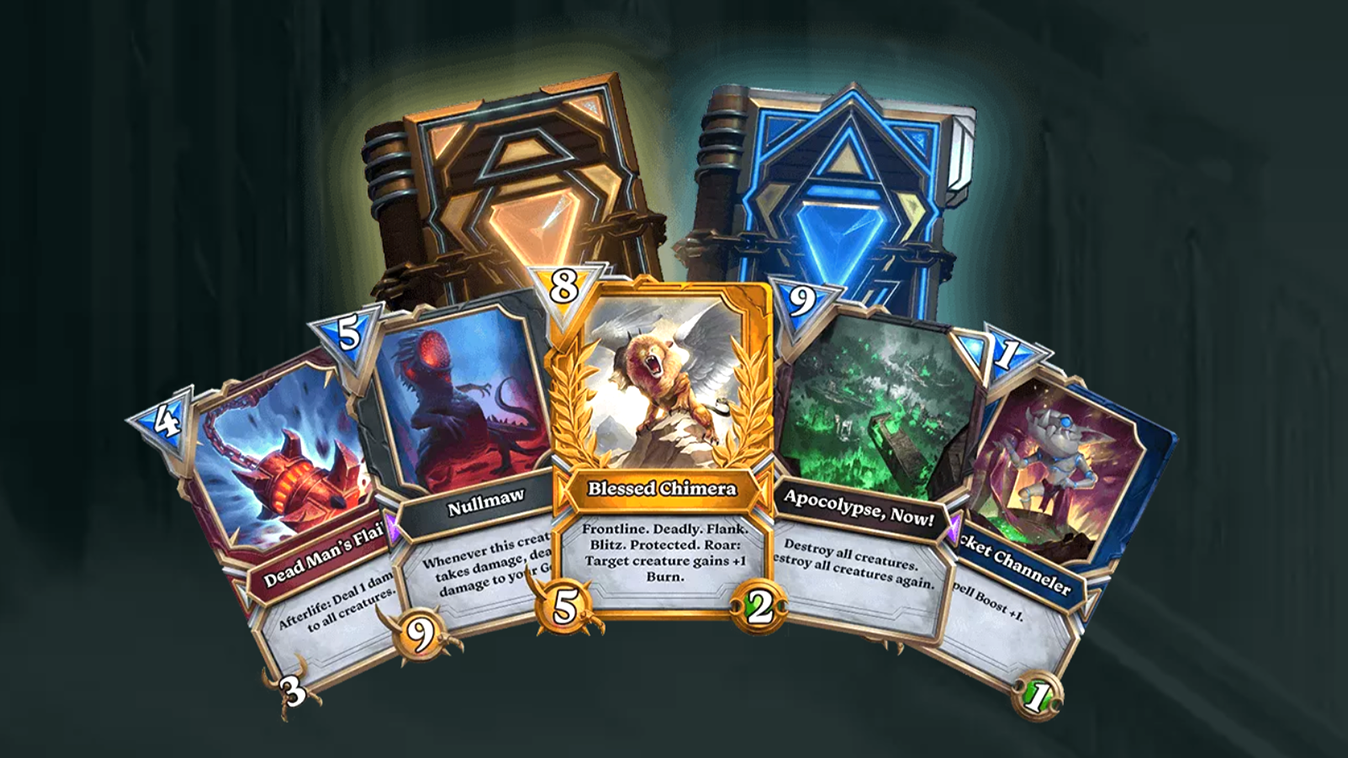 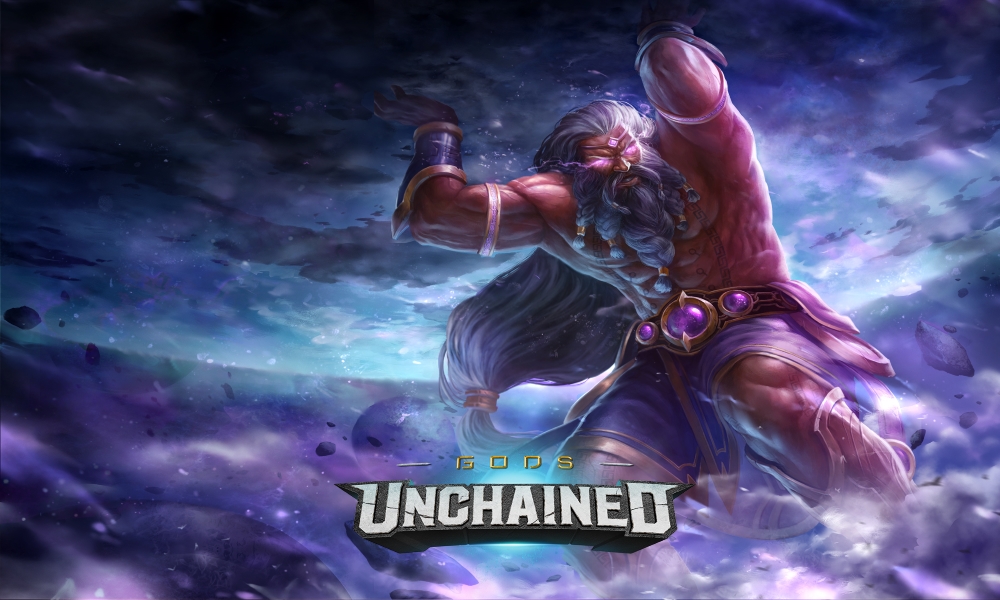 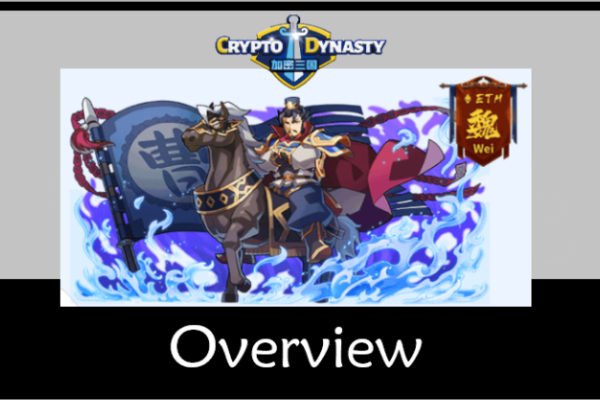